The story of the Loch Ard Shipwreck 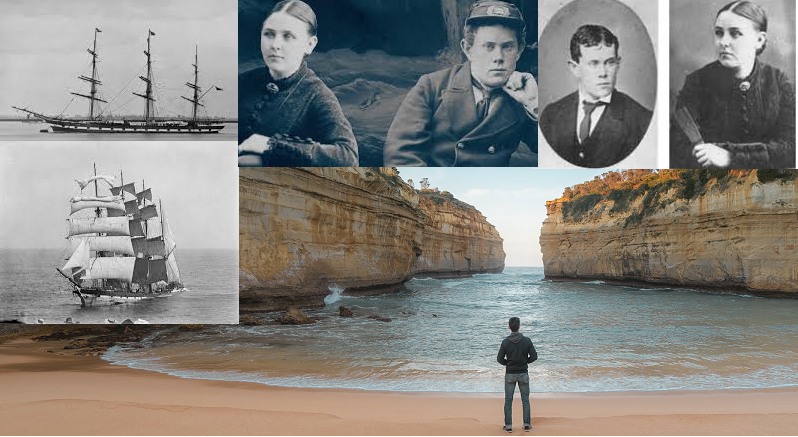 No trip to Warrnambool is complete without a visit to the Flagstaff Hill Maritime Village. Go back in time to the 1800s and immerse yourself in the history of the region.

The story of the LochArd is famous in these parts; told by ancient mariners and historians alike. This coastline is known as the shipwreck coast, and for good reason. More than 700 ships have crashed into the rocks at sea, causing numerous deaths over the years. Visit the Maritime village by day but don’t miss the spectacular light and sound show, is a recreation of the fateful tales of the Shipwreck Coast, which begins at dusk.

The Loch Ard left England on the first day of March, 1878, bound for Melbourne. On the first of June of the same year, the LochArd was shipwrecked on the rocks off/adjacent to Mutton Bird Island near Port Campbell. Of the 54 passengers aboard, only two survived the ordeal; passenger Eva Carmichael and Tom Pearce, a merchant sailor and part of the crew. Eva managed to grasp a chicken coop and Tom escaped by clinging to the lifeboat he had launched as the ship first encountered trouble. Tom made it to land before hearing Eva’s cries for help. He re-entered the water and pulled her to safety. Sadly, Eva’s parents and siblings were all lost in the wreck. After the tragedy, the pair were cared for by the Gibsons, pastoralists who lived in the area.

Was it a happy ending?

Many who heard the story of how the brave Tom Pearce swam out to rescue Eva Carmichael were hopeful that the story would end in romance for the couple but it wasn’t to be. Eva returned to Ireland, married and started a family. Tom continued to work at sea, but retired and died at home with his family at the age of 49.

Was there treasure on the ship?

The ship was carrying an abundance of luxury goods, most of which were never recovered from the wreck. The most interesting item to be recovered was the Loch Ard Peacock, pottery designed by Paul Comolera, which now sits on display at the Flagstaff Maritime Village in Warrnambool. The Minton earthenware peacock was being sent, along with a collection of other pieces, to be put on display in Melbourne for the opening of the new Exhibition building in 1880 and was purchased by the historical tourist attraction in recent years. A grand piano also washed ashore in what is now known as Loch Ard Gorge.

This particularly dangerous stretch of coast extends from Port Fairy to Cape Otway. The Twelve Apostles are located along this 130km length. For those who are interested in exploring, there are many access points to this stretch of coast from the Great Ocean Road.

Where to find other shipwrecks in Australia

Since the 1600s many ships and their crew have met their fate in the waters surrounding our country. There are more than 8000 registered shipwrecks off the coast of Australia, but not all of these have been discovered. Wreck diving has become a popular pastime along our coasts in the Pacific Region.

Let us know some of the most fascinating shipwreck stories you’ve heard.  If you liked this article please share: