The Little Penguins of Phillip Island 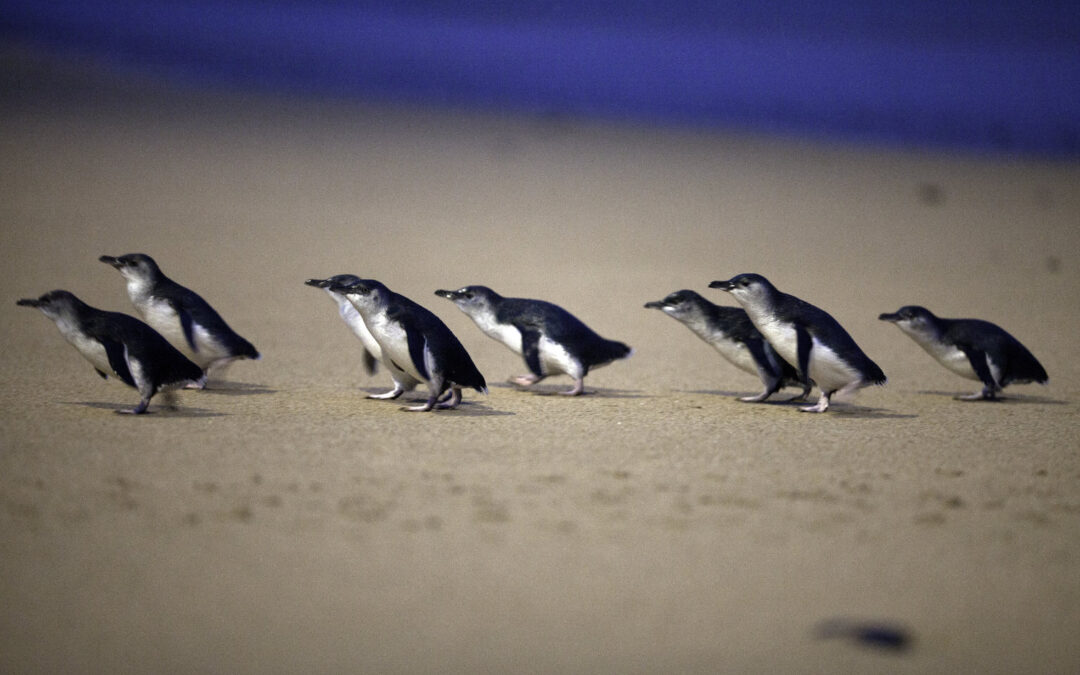 A trip to the Penguin Parade at Phillip Island is never disappointing. Every evening, as the sun sets, the penguins seem to flip out of the sea onto the beach and begin their waddle up their trails to their burrows in the sand dunes.

What is a Little Penguin?

The smallest species of penguin in the world, the Little Penguin’s official name is Eudyptula minor. Found along the coastlines of Australia and New Zealand, these little cuties grow to an average of 33cm tall and weigh just under one kilogram.

A Little Penguin spends 80% of its time at sea, searching for food. They eat their own body weight every day and are a top sea predator – feeding on small schools of fish, squid and krill, which they catch and swallow underwater. Adult Little Penguins can travel between 14 and 20 km each day.

The Little Penguins are sometimes called Fairy Penguins in Australia because they are so tiny.
In New Zealand, they are known as little blue penguins or blue penguins due to their distinct blue and white feathers, or by their Māori name: kororā.

Are little penguins a protected species?

The Little Penguin population is stable, despite the fact that there are predators on land who destroy their burrows, and hazards at sea, like oil pollution and fishing nets, which can have a huge impact on their daily life and their health. There are about a million Little Penguins in locations around Australia (In Victoria, on the North coast of NSW, in parts of Tasmania, and on Carnac Island, WA). Phillip Island in Victoria is completely fox-free which is why the Little Penguins breed so well in this environment.

Where to find Little Penguins in Victoria.

The Phillip Island Nature Park has been home to the little penguins for thousands of years. The Penguin Parade was set up as a tourist attraction in the 1920s by three residents of the Island, (Bert West, Bern Denham, and Bert Watchorn) who organised the first beach viewings of the penguins. Despite the penguin population decreasing over the years, approximately 32,000 little penguins live at Phillip Island today.

The Phillip Island Nature Park organisation has a podcast and a free live webcam so you can keep an eye on the little penguins every night at sunset. But nothing compares to seeing them in the flesh. They communicate, they have a distinctive smell which adds to the experience, and they are personable and so, so cute as they follow the well worn paths to their nests.

There are also 1400 little penguins in a colony at the breakwater at the end of the St Kilda pier.

Take a tour from Melbourne to see the Penguin Parade

Around and About Travel can take you and a small group of up to ten people for a day trip that includes a visit to the Wildlife Park to see other Australian native animals, a stroll along the boardwalk at The Nobbies, one of Phillip Island’s most beloved beaches, and some time in the town of Cowes. The day concludes with the Penguin Parade and a ride back to Melbourne.

Have you ever seen the little penguins at Phillip Island?

It is an absolute delight to see penguin families making their way to their burrows after a long day at sea. Because you are so close, and the lighting is strategically set up for viewing, you can see their distinctive blue feathers and white underbellies. Photographs are not allowed but the gift shop has plenty of souvenirs for visitors and funds raised help preserve the environment for future generations (of people and penguins). A trip to the Phillip Island Penguin Parade is a spectacular opportunity to create lasting memories for you and your family.

Have you been? Tell us about your experience. 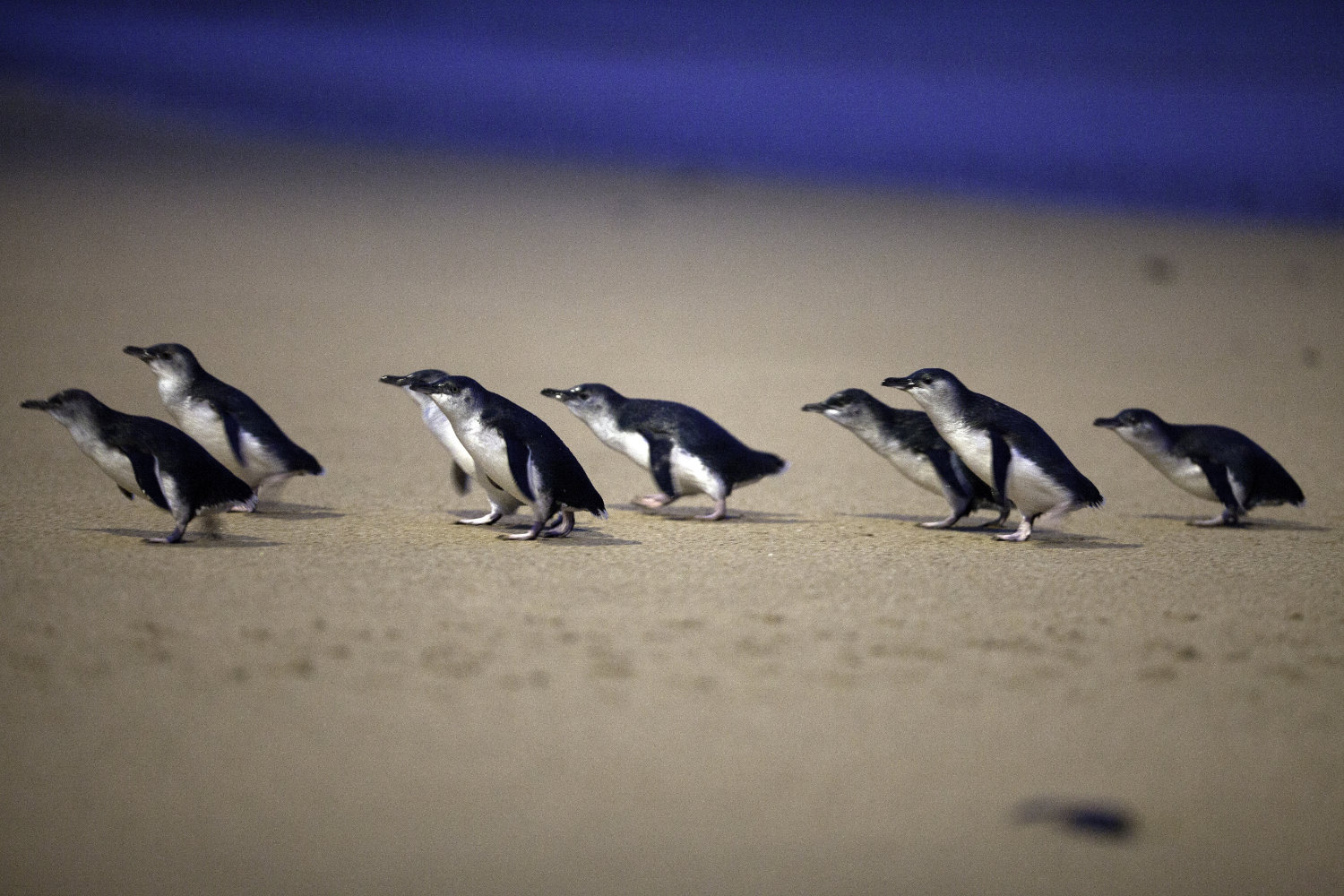